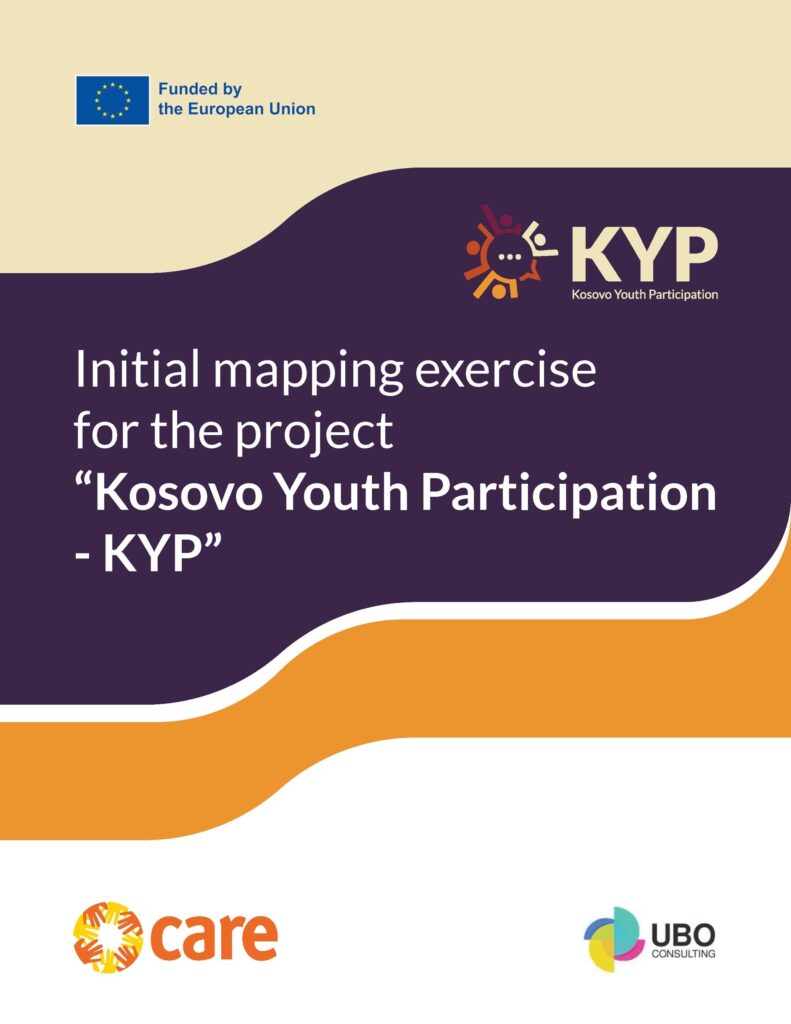 CARE within the Kosovo Youth Participation – KYP project funded by the EU; to advance the role of civil society for social justice, participation, and human rights, has developed the Initial Mapping Exercise Report for the project. In the report are presented the findings based on the broad assessment of the needs of disadvantaged Kosovo youth regarding their better involvement and activation in the society. The report presents a general picture of the youth status (with particular consideration to the specific status of young women) and the needs of all regions of Kosovo.

Our question regarding the gender roles and stereotypical constructs ingrained in Kosovo society prevail to present a barrier to young women’s enthusiasm to actively partake in political and decision-making activities. A respondent from a youth-focused non-governmental organization said:

‘’Intellectually and academically, both genders have the capacity, but the problem lies in the mentality and conditions around, such as discrimination, and parental control in terms of gender. The difference between rural and urban areas is also that there is a very large number of girls participating in activities in urban areas, while because of the mentality the number of girls participating in rural areas is very small. Moreover, women, in general, are scared to be active in the political scene due to the above mentioned.’’

You can read the full report on this link:  Initial-Mapping-Exercise-Report_KYP